Rate this location:
Leave Feedback For This Location
Highway: I-75 NB SB
Mile Marker: MM 7
City: MONROE
State: MI
Phone: 734-848-5715
Parking: Pilot at exit 210 in Ohio and Sunoco Truck Stop at exit 6 south of the scale, rest area at mm 10 north of the scale, Pilot and TA truck stops north of the scale
Alternate Route Information
The easy route is to take I 475 around the west side of Toledo and take route 23 north (it’s interstate) into Michigan. If you’re headed up north, toward Flint or further north, you can take 23 all the way up to where it junctions with I 75 again. If you’re headed into Detroit, take 23 up to Ann Arbor and take either I 94 east or I 96 east depending on where you’re headed.
If you prefer a closer-in route, take the exit before the scale. There is a 25 ton (50,000 lb weight limit) marked on a portion of this route. Take exit 6, Luna Pier Rd, and turn left off the exit. You’ll go 2 miles west to the light at M125. Turn right onto M125. You’ll be on M 125 for 4.4 miles. You’ll pass Highway Liquor Store on your right which sells money orders and has a shoulder area out front.. After 4.4 miles, you’ll come to S. Otter Creek Road. You’ll know you are getting close when you pass a cemetery on your right and the road widens to include a center divider. There is also a sign just before the turn marking S. Otter Creek Road. Turn right. You’ll be on S. Otter Creek Road for about 2 miles. This is the road that is marked with a weight limit- there are no weight limit signs on the roadway but the interstate has signs indicating a 25 ton weight limit on this part of S. Otter Creek Road. S. Otter Creek Road will take you over 3 sets of raised rail road tracks back to the ramp for I 75 north. - NB
Alternate Route Information
The easy route is to take 23 south into Ohio. If you’re coming from the north- Flint, MI, or further, take 23 (which is interstate) all the way down to Ohio and take I 475 around Toledos west side. If you’re coming from Detroit, take either I 96 or I 94 (depending on where in Detroit you are) west to Ann Arbor. There, you’ll catch 23 south and take that to Ohio. You can take I 475 around Toledo’s west side.
If you prefer a closer-in route, take the exit before the scale on I 75. This route is marked with a 25 ton (50,000 lb) gross weigh limit. Take exit 9 for S. Otter Creek Road. There is a sign before you exit the freeway that says west bound S. Otter Creek Road has a 25 ton weight limit but there are no signs actually along Luna Pier Road marking a weight limit. You will be going west on S. Otter Creek Road. When you get off the ramp turn left (it’s a turnaround ramp). You’ll go about 2 miles on S. Otter Creek Road. There are three sets of raised rail road tracks after you turn onto S. Otter Creek. You’ll go until you come to the dead end. When you get to the dead end, turn left onto M 125 (S. Dixie Hwy). You’ll go 4.4 miles to the stop light at Luna Pier Road. When you are on M125, you’ll pass Highway Liquor Store on the left- they sell money orders there and there is a roadside shoulder out front. When you get to the light at Luna Pier Road, you’ll see a sign saying to stay straight for I 75. We suggest turning left on Luna Pier Road instead. Luna Pier Road does not have any marked weight limits. You’ll be on Luna Pier Road for 1.8 miles until you come back to the right turn for the ramp for I 75 south. There are rail road tracks on Luna Pier Road but they are not very raised. - SB 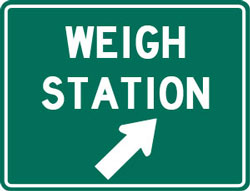 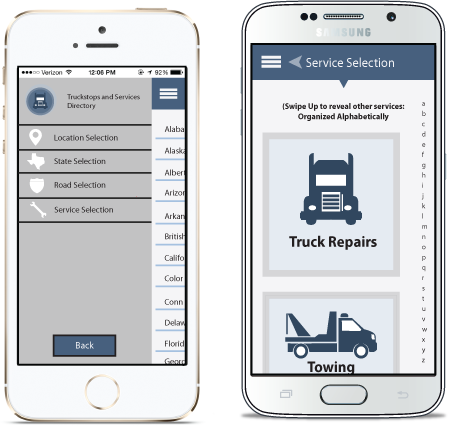